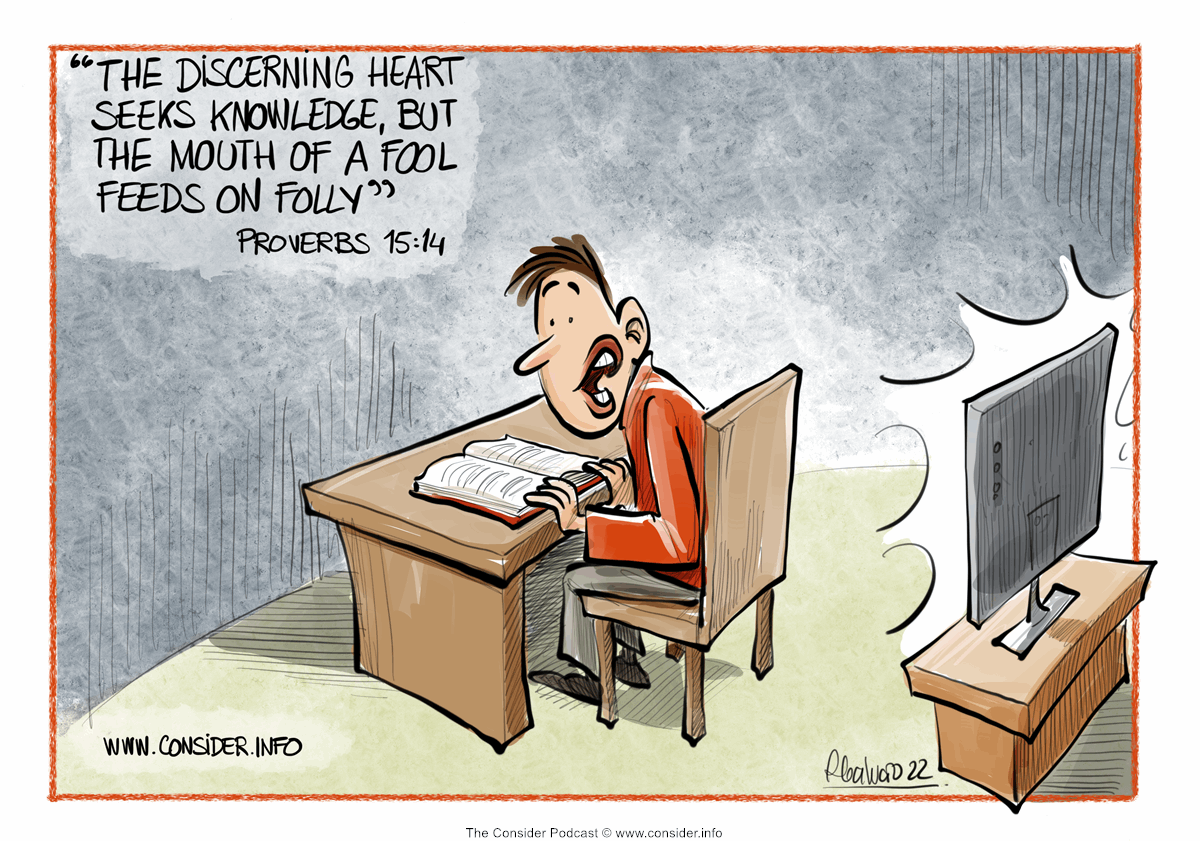 Enjoyable move with a punch-line full-throttle blaspheme. To be discussed on The Consider Podcast. 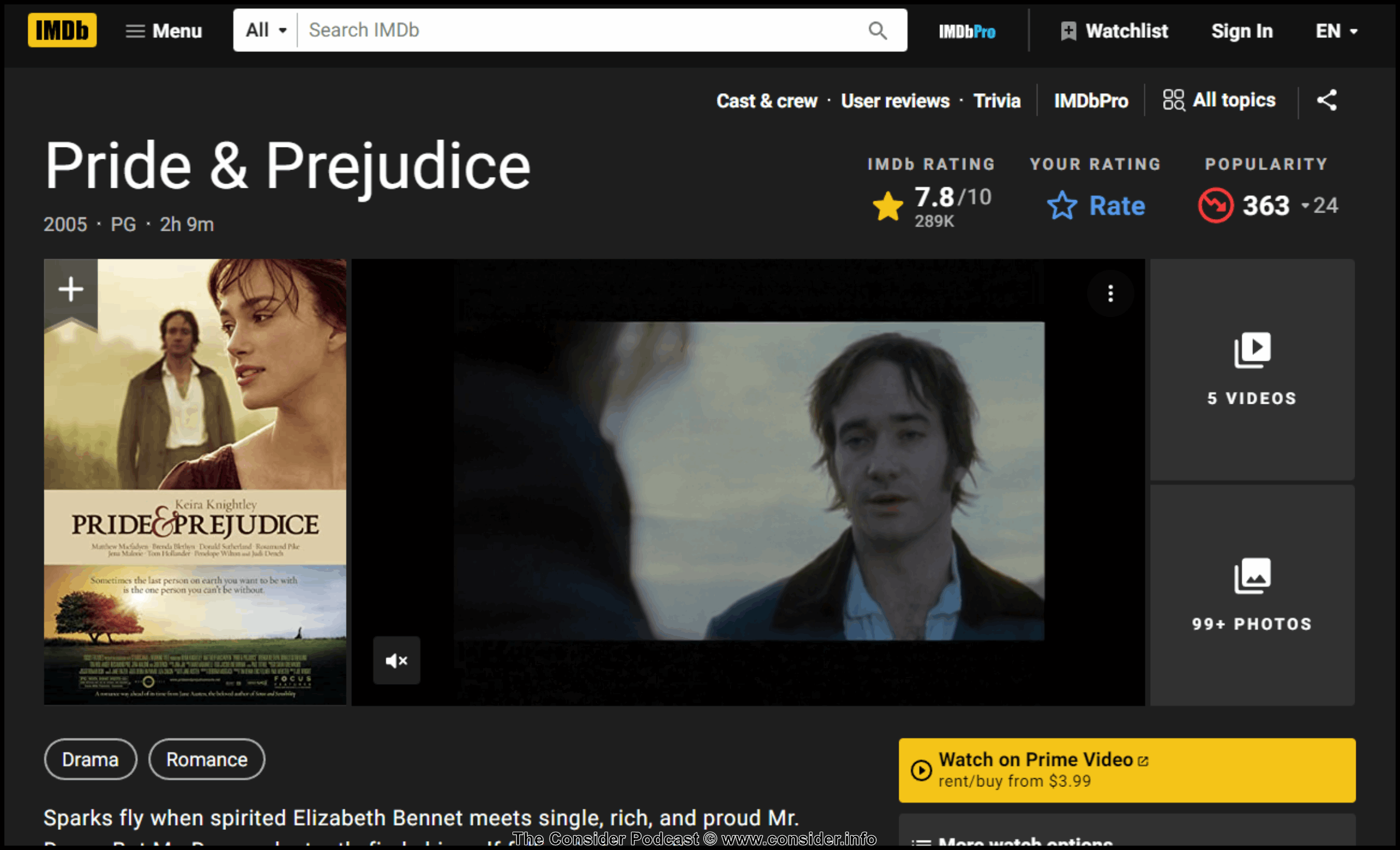 The delightful world of Jane Austen’s beloved novel “Pride and Prejudice” (1813) is finally presented on the silver screen with all its emotional force, romance, and wit, in the movie “Pride & Prejudice” (2005). With the locations and period of the famous novel and filmed only in the U.K., this is the first movie adaptation of the novel in 65 years.

This classic love story unfurls in class-conscious England after the Georgian era. The Bennet‘s five daughters – including the clever and strong-willed Elizabeth (Keira Knightley), the beautiful Jane (Rosamund Pike), the wild Lydia (Jena Malone), the book-lover Mary (Talulah Riley), and the childish Kitty (Carey Mulligan) – have been raised by Mrs Bennet (Brenda Blethyn) with just one goal in mind: finding a rich groom for securing a bright future. However, the intelligent and spirited Elizabeth, seeks to have a broader perspective of her life.

The Bennets are intrigued when an affluent bachelor comes to live in a nearby mansion. Like her other sisters, Elizabeth faces much pressure from her parents to wed. The sparks flew when the bold Elizabeth meets with the rich and handsome Mr Darcy (Matthew MacFadyen). Despite the apparent chemistry between them, Darcy‘s extreme reserved nature puts their fledgling relationship at risk.

Meanwhile, Elizabeth was not ready to accept a marriage proposal from Mr Collins (Tom Hollander), who was a distant relative, and she had Mr Bennet’s (Donald Sutherland) support. Her rejection stuns Mr Collins and her mother. Also, Jane was devastated due to the good-natured Bingley‘s sudden departure to London. Elizabeth holds Mr Darcy guilty for participating in Jane’s heartbreak. Elizabeth’s prejudice arises from her pride when Darcy hurts Elizabeth by refusing to dance with her and this forces her to be prejudiced against him. But, soon she realizes the actual depth of her relationship with Mr Darcy.

Their encounters are spirited and frequent but by no means encouraging. You will fall in love with the beautiful, witty romance shown in the movie with no sex, and no violence. Their love story is delightful, and the hero and heroine are both commendable, as it focuses on Darcy and Elizabeth having a verbal feud most of the time.

If you compare “Pride and Prejudice” the novel with “Pride and Prejudice” the movie, you wouldn’t find much difference between them. But, there are insignificant differences between the two. In the movie, Elizabeth becomes distant from her older sister Jane and she keeps things under wraps from her family. This is different from the novel. Although Elizabeth does get upset due to the events associated with her family, she never hides her feelings from them. Also, she never grows apart from her sister.

Overall, “Pride and Prejudice” is the most interesting film, with a nice script and some amazing locations and costumes. The actors and actresses played their roles considerably well. You will love the outstanding performances of Keira Knightly as Elizabeth Bennet, Donald Sutherland as Mr Bennett and in particular Judi Dench as Lady Catherine. The main moral lesson of this movie is, not to become too judgmental or prideful toward others. Initially, Darcy and Elizabeth see everything negative in each other. Elizabeth‘s damaged pride prejudices her against Darcy. Whereas, Darcy‘s prejudice against the common people blinds him to many positive qualities of Elizabeth. In the end, both of them learn to overcome their weaknesses and realize how well-suited they are. This film is a must-watch if you enjoy watching beautiful, old-fashioned romance with subtle layers of drama and comedy.